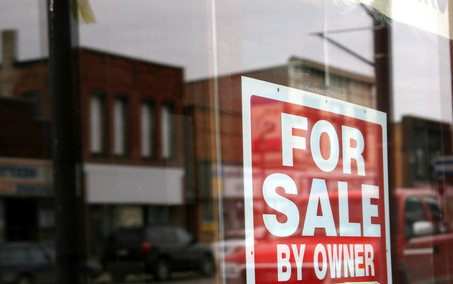 Knowing When to Sell Your Franchise

Selling a business. It’s never an easy decision. But for many franchisees, it’s a decision that will ultimately have to be made. Which is why it’s so surprising that that many franchisees don’t have a well thought through exit plan.

One of the most important elements of selling your franchise is understanding the reasoning behind it.

For many, the reasons will fall broadly into two categories: personal and business. When it comes to the former, things that may influence your decision include health, family or retirement reasons. It also may be a matter of enjoyment.

If you’re enjoying it less than you used to, if you’re finding the daily grind is becoming more and more difficult or if there’s less passion than there used to be, it may be time to sell up. Of course, in these cases, when it’s a lack of enjoyment, it’s important to consider whether this is just a slump, or whether it’s really time to go.

Related to that, there’s a real satisfaction in the learning phase of owning a business and that rings true for franchises too. There’s a lot to learn when you’re in business. Once you stop learning, that could also be a sign that it’s time to leave.

Professional and personal development not only helps you as a person, but it also helps the business flourish. So, if that stops, it’s highly likely the business will suffer, and ultimately, that’s not good for you or the franchisor. If you feel you’re not getting anything out of the business anymore, perhaps it’s time to go.

On the commercial side, there are certain milestones when financially, it makes sense to get out.

Part of being a franchise owner is making sure premises look and feel the part. This often means a refurbishment, new fit out or major overhaul every five to ten years, usually coinciding with the minimum term for the franchise agreement.

When the time comes that the location is due for a revamp, it may be time to exit.

Obviously we’re not talking about a mere cosmetic upgrade here. These are capital-intensive overhauls. Remember, if you’re putting in the hard yards to renovate the premises, you’re going to want to commit for a least a few years more. Otherwise, why are you putting in all that effort?

If you’re not prepared to commit beyond the revamp, perhaps it makes sense for a new owner to make the key decisions.

If your franchise is seasonal or cyclical, it can be hard to sell at a respectable price during the quiet months. If you’re thinking of moving on, it makes sense to exit after ‘high season’ when your books and profits look the most positive.

Franchises will typically sell at a multiple of their annualised earnings. What exactly that multiple is depends on the industry and the local business climate. But irrespective of those factors, the earnings side of things will look most buoyant after ‘high’ season.

A good example of this is indoor play centres. Due to cold and rainy weather, they’re generally busier in Winter months, so annual revenue figures look their best as we enter Spring, making it the perfect time to sell.

When it’s worth more to someone else

There may be times that the franchise becomes something bigger for someone else. In this situation, it’s generally worth more to that person. Sometimes there may be an interested party who is willing to pay significantly more than market value for the business.

A couple of examples include a competitor who believes the purchase will remove you as a threat or a multi-location owner who wants to commandeer all locations within a large catchment area. Instances of these so-called franchise moguls are very common. To these people, your business is pretty valuable, and it may be a case that it’s worth more to them than it is to you.

Selling your franchise can be a difficult decision. However, there are clear signs that indicate it’s time to get out. Knowing what the signs are and understanding when it’s best to sell are key. Whether it’s motivated by personal or business reasons, it’s important to recognise when it’s time to let go.